It's been a busy week entertaining Chickpea as she's already on summer holidays. We even made a small puppet theatre out of a shoe box: 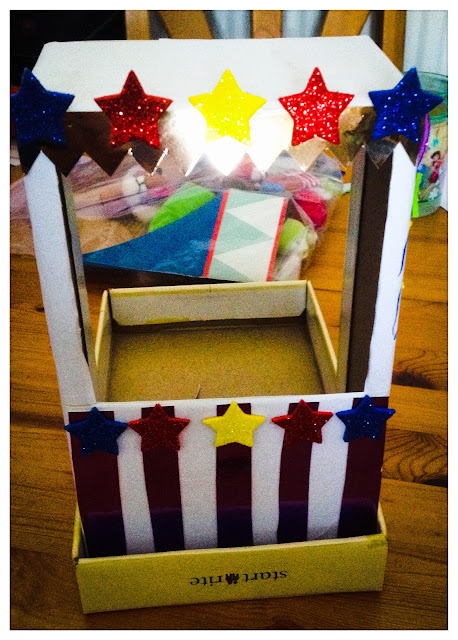 I think we will have a go at making some shadow puppets this week as she loves playing with torches.
From my sketchbook this week:
This little character turned up which I like 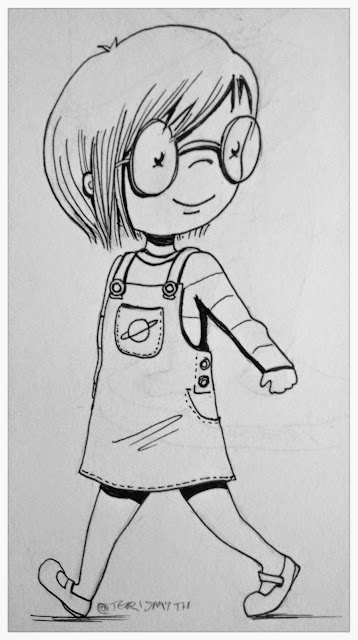 Also for @Daily__Doodle a Garden Gnome 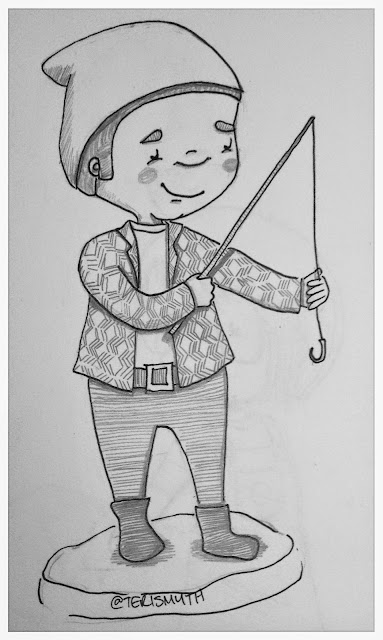 And A Day at The Zoo, also for @Daily__Doodle: 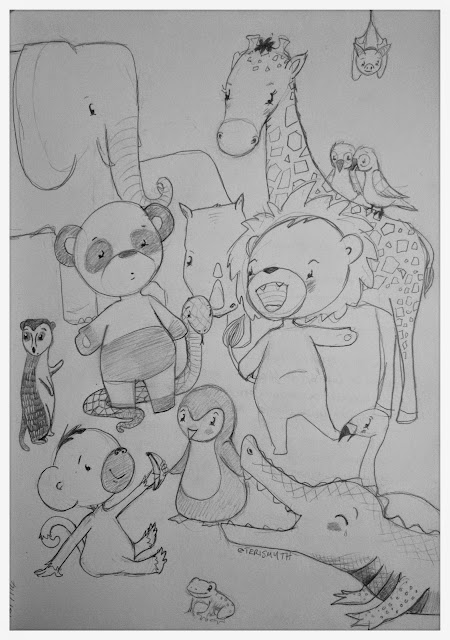 This, well, I can't imagine where this idea came from: 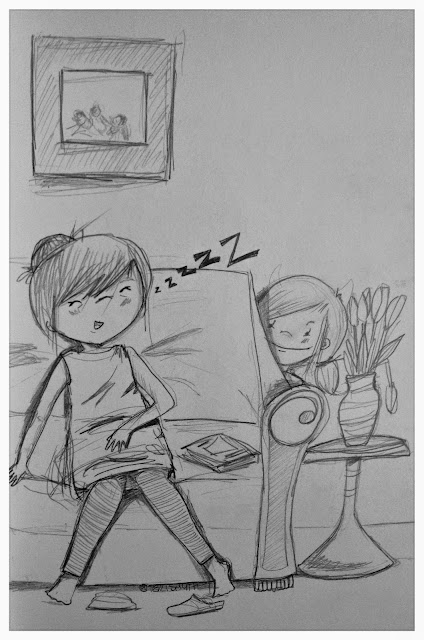 Another @Daily__Doodle witches and wizards: 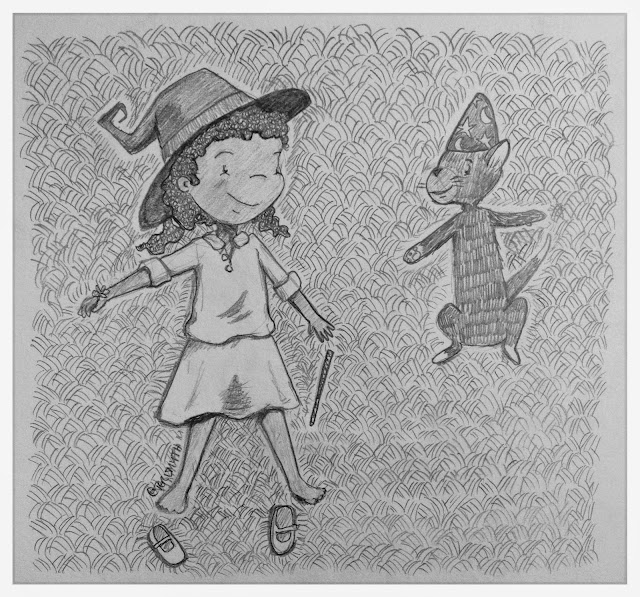 I've also managed to write a draft of a story. It had been kicking around in my head for a couple of days and then splurged out into my sketchbook all in one go. I'm quite pleased with it and I have already started sketching out some character illustrations. I will just have to see where this goes!
Thanks for stopping by. Have a good week,
Teri.
Posted by terismyth at 22:55

I have a shop: